The Tenets of Faith of Axis Sanctuary and Chapels, Corp. shall be:

Section 1. Axis Sanctuary and Chapels, Corp. recognizes the existence and need for diverse expressions of faith and spirituality among a community. We hold that no church or ecclesiastical body has the authority or power to impose a set of religious beliefs or precepts upon any other religious group, or upon any individual.

-In working towards a culture that is relatively free of Prejudice  on the basis of gender, race, sexual orientation, gender identity, religion, national origin, physical disability, age, etc. And therefore in the inherent worth of every person.

– In the sanctity of the human being. We oppose the use of torture and cruel or unusual punishment and/or death to propitiate a deity. We support the individual’s right to appropriately engage in an act of self-preservation.

– In the importance of democracy within religious and other structures, therefore in the separation of church and state; and the freedoms of speech and association. And that the systems of truth that we have studied on the topics of morals, ethics, and religious belief are not absolute: they vary by culture, by religion, and over time.

– In the importance of education. We believe that people are not truly educated unless they have studied the world’s religions and ethical systems. It serves the community for all people to learn of the positive and the negative impacts of these belief systems.

– In the importance of individual believers making policy within their chosen faith group. We recognize the right of each to advocate strongly for their own defining character.

-Universalism:  That everyone’s path is good as long as it is good for the individual and is not imposing on others and how they believe. For those who are trying to discover their path may do so as they live in learn about the many religions that are around them.

-Coexist: “Religious tolerance through education.” If one cannot  accept another’s belief system they are to  study what it is about that belief to better understand that paradigm.  Tolerance is understanding more about the paradigm than the individual or his or her actions. And no individual should hide behind their paradigm for their actions. 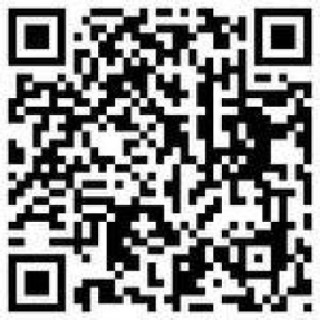 Since the age of 8, I have been interested in all things religious. Being raised as a Catholic, I never felt like that belief system was for me . While living about 45 min away from Salem Massachusetts, Home of the Salem Witch Trials, I had the opportunity to learn what the tragic consequences of religious intolerance can be. Today the prejudice lives on of one and other. From that point, I sought to create an environment , where all could worship in their belief as they choose freely, without fear of persecution from those who know nothing about them and yet label them ‘Enemy’ . It is my goal to provide a place for all to worship their God(s)(ess) whoever, whatever and however they believe. After all it is your relationship with your higher power that counts. After much research, I personally chose my own path to enlightenment and have stayed with it for the past 25 years. Although I do not believe in a singularity I am blessed to see and experience the vastness of other belief systems throughout the world at an arms reach. Though ordained with the universal faith system, I felt it was time for a new concept of an Universal /Coexist church from the ground up. I have appointed my Officers and their faiths are as diverse as one can get making this Axis Sanctuary and Chapels truly universal/Coexist Church from the ground up. We all have a voice and in unity (or simply united) through an ideal that is stronger than the differences we all have can bring us together in acceptance or at least tolerate the differences. Only then can we stand together and stronger for our common goals. To know more about me come on by our to our services